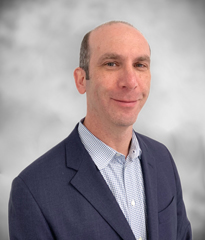 Gordon Bitko is ITI’s senior vice president of policy, leading the association’s public sector portfolio and serving as the chief policy strategist for the technology industry in the government and public sector market. Bitko joined ITI from the Federal Bureau of Investigation (FBI), where he served in a variety of senior roles since 2007. Most recently, he served as the FBI’s Chief Information Officer. In that role, he led a team of 250+ government employees and contractors including technologists; program managers; business, financial and contract analysts; and security specialists. Bitko oversaw key FBI innovation programs, including investing in emerging technologies, directed large Enterprise License Agreements with key technology vendors, and oversaw the FBI's internal Cybersecurity program. He led the re-organization of FBI Information Technology personnel and resources to a more functional and service-oriented model.

Bitko was with RAND Corporation from 2002-2007, as a policy analyst and doctoral fellow. He began his career with Motorola and two other private sector startups. He has a BS in Engineering from Princeton; MS in Mechanical Engineering from University of California, Berkeley; an MBA from Arizona State University; and a PhD from the Pardee RAND Graduate School. He lives in Sandy Spring, Maryland, with his wife and two sons.