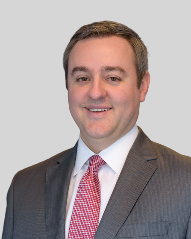 Joel Miller is a Senior Director of Policy for Telecommunications at ITI, focusing on a range of issues that include connectivity, broadband deployment, 5G, 6G, and spectrum allocation, among other matters. He has over a decade of experience in public service, and at ITI continues to work with the world’s most innovative companies to cultivate the legal and regulatory environment needed to drive innovation and economic growth.

Before joining ITI, Joel served as chief of staff and senior legal advisor to Commissioner Michael O’Rielly of the Federal Communications Commission (FCC). In that role, he advised the Commissioner on the proposal and adoption of significant regulatory reforms important to the technology industry, including efforts to facilitate nationwide broadband deployment, modernize federal spectrum policy, reform agency processes, and promote the adoption of 5G and other cutting-edge technologies.

Prior to his time at the FCC, Joel was deputy chief of staff and legislative director in Congressman Brett Guthrie’s office, where he led the policy team and managed a broad range of matters before the House Energy and Commerce Committee. In addition to advancing numerous pieces of legislation affecting the technology and telecommunications industries, he also served as staff co-leader of the Congressional Spectrum Caucus and spearheaded the creation of the Congressional E-Commerce Caucus. Joel began his policy career in the office of Congressman Todd Rokita.