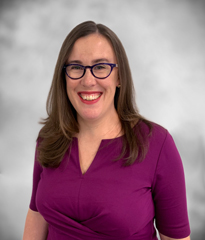 Margaret McCarthy brings over a decade of experience working on technology policy to her role as Senior Director of Government Affairs at ITI. She served in senior staff positions in Congress for the House Energy and Commerce Committee and as Legislative Director in the office of Rep. Doris Matsui. Most recently, Margaret was Executive Director of Mobile Future, where she led the organization’s efforts to encourage investment and innovation in the wireless sector. She began her career on Capitol Hill on the Senate Commerce Committee staff and subsequently served as Legislative Assistant for two Committee members, Senator Byron Dorgan and Senator Amy Klobuchar. In addition, she held two positions in the Executive Branch during the Obama Administration, at the U.S. Department of Commerce National Telecommunications and Information Administration (NTIA) and in the office of Federal Communications Commissioner Michael Copps.

Margaret is a native Washingtonian and graduate of D.C. Public Schools and the University of Michigan.