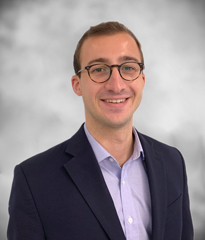 Ryan Thornton is senior manager of communications at ITI, where he supports the Public Affairs team with the development and implementation of ITI’s communications strategy and messaging. Ryan joined ITI from Quorum, a public affairs software startup based in Washington, DC. During his time at Quorum he helped build out the company’s communications and customer success functions. Prior to Quorum, Ryan interned with the AFL-CIO and in the Capitol Hill office of Senator Bob Casey, Jr.

Ryan is originally from Pittsburgh, PA, and graduated from George Mason University.