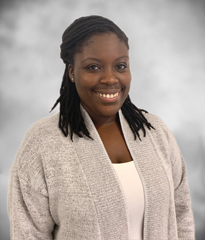 Starmanda (Star) Duker is the Manager of Government Affairs at the Information Technology Industry Council (ITI). She joined ITI in November of 2019. Star has a background in public service, with an emphasis in local government. Prior to joining ITI she served as the Chief of Staff to a State Delegate at the Maryland General Assembly.

Star is a DMV native and is fluent in Akan. In her free time, Star loves to travel both domestically and internationally and learn about various cultures.