Dateline Geneva:  Trade negotiators from around the world have arrived to a pleasantly cool and sunny Geneva to begin what we hope will be the final round of talks this week to expand the WTO’s Information Technology Agreement.

Recall this tariff-elimination effort kicked off a little more than a year with a major conference at the WTO to commemorate the 15th anniversary of this important agreement.  Since then, the talks have crescendoed to this week, where negotiators are poised to roll up their sleeves and sort through the various product sensitivities parties to the talks have identified on the so-called “core list.”

Top of the agenda will be technical discussions on member requests “removal” of sensitive products versus the “staging” of those products.  U.S. industry will be pushing hard for ITA participants to accept the inclusion of products on the core list with staging exceptions rather than removals.  The original ITA included provisions for the measured reduction of tariffs to zero over a period of years for those who need it, with three years being standard.  Of course, we would like to see zero tariffs immediately applied to as many products as possible, but recognize trade and political realities may require a certain amount of staging. 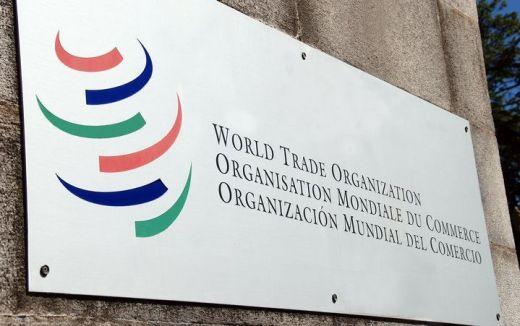 The real story likely to consume the week, however, could be China and the huge sensitivities list it dropped last month into what was, up until then, an orderly and disciplined negotiating process.  China’s initial sensitivities list numbers roughly 150, calling for removal of a whopping 106 products (the entire Core List list has about 260 products on it).  The next biggest sensitivities list weighed in at less than half of China’s.  What was so stunning about the size of the list is that China stands to reap significant benefits from an ambitious ITA expansion outcome.  More immediately, China’s list threatens to hugely dilute the ambition level of the exercise and represents a major roadblock to a successful outcome this week.

To be sure, China has not yet submitted a revised sensitivities list to the negotiating group, though others have.  While most revised lists have not shown much movement yet, there are some genuine bright spots.  Costa Rica, for example, significantly reduced the number of its product sensitivities, recognizing the sweeping benefits a strong ITA expansion outcome will have to that developing economy.  Israel dropped a number of product lines from its sensitivities list as well.

But China is not sending signals it’s prepared to move.  The topic of its giant list came up last week when dozens of senior Chinese government officials were in Washington, DC to attend the U.S.-China Strategic and Economic Dialogue.  The body language and messaging from Beijing were less than encouraging.  And now we understand China’s negotiating team may not arrive Geneva until Tuesday evening, a full two days after the talks have commenced.

So Geneva is full of negotiators ready to wrap up this deal this week. U.S. industry is also here in force again to support our U.S. government negotiating team.  Is China really going to stand in the way of completing a successful outcome of an agreement that will significantly expand trade in ICT products, give a boost to global GDP by an estimated $190 billion, and inject greater relevance into the work of the WTO?  Stay tuned to see if Beijing is really ready to play ball in the coming days.  There are lots of people in Geneva, and around the world, who hope so.